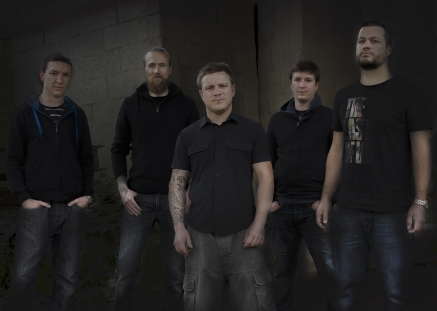 Born in 2008, the band have been very active ever since; They released their debut EP Dommages Collatéraux in 2009, the Hymne à la Déchéance EP in 2012, and in 2014 their debut full-length Free From The Clutches Of Gods.

Due on January 27, 2017 via Tenacity Music, Hail To The Beast comes three years after it’s preceding offering and is loaded up with nine new tracks of pummelling death metal fury. The album was recorded at Savern Studio in France and mixed/mastered by Vladimir Cochet (Mirrorthrone, Promethee, Conjonctive). Get your horns oiled up and hang ’em high!