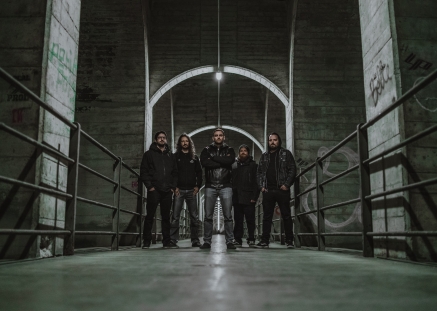 Evolving between Death Metal and Hardcore, with several years of experience, Among Vultures composes rhythmical and enraged songs with dark melodies and chaotic atmospheres.

Among Vultures has proved many times in various countries, either as headliner or as an opening act for famous bands, that its metal is sharp and its exploding energy on stage is contagious.

Formerly known as Attack Vertical, Among Vultures, it’s more than 300 shows on local, international stages or in festivals. In 2019, the band returns with the full-length album called “Among Vultures”, made of songs built for the stage. Signed under the label Tenacity Music, Among Vultures is ready to share its music with passion and motivation.