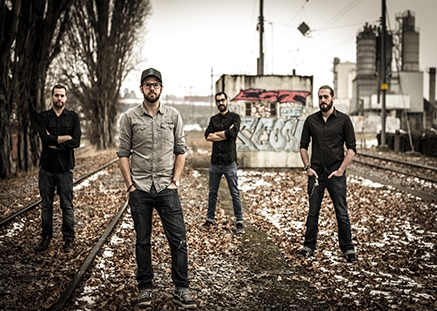 The Mudcats are a high-energy rock’n roll band formed in Geneva, Switzerland, in 2011. Inspired by music groups such as The Hellacopters, Nashville Pussy or Motörhead to name a few, the band’s music is dynamic, punchy and resolutely fun! After scouring the bars, basements and squats of the canton, The Mudcats finally decide to hit the studio and record the 5 tracks of «Extremely Powerful», which is set to be released 17 September 2016. For this first release, the quatuor wants to do things well and has put a great effort on production and design to propose a quality product to the public. A video clip for the song « Slowing Down » was released beginning of September 2016.