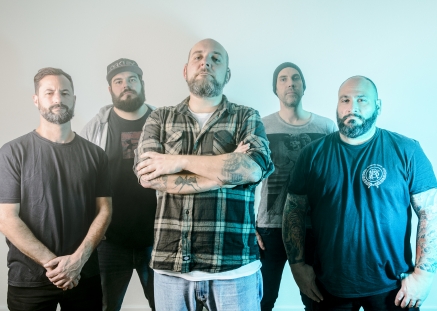 Colossus Fall is a Swiss progressive sludge hardcore band formed in Geneva. Since 2011, the band played more than a hundred of shows in Europe and supported renowned bands such as Agnostic Front, Walls of Jericho, Terror, Neurosis, Clutch and Nostromo.

Today, the band is back from Paris (France) with its new album produced by Frédéric Duquesne (Mass Hysteria, Watcha)! Get ready!